What’s your favorite store to shop at?
AB: Lately I love shopping at Forever 21. Which reminds me. I have a gift card I need to go shopping like now!!

What’s your favorite type of animal?
AB: My favorite animals are sea turtles and panda bears. I also have a bunny that I love very much.

What’s your favorite type of dessert?
AB: My favorite dessert is a chocolate chip muffin heated at Starbucks or pineapple sorbet from Menchies is awesome!!

What’s your favorite type of music?
AB: I have so many favorite artists in music. I love Ed Sheeran the most. I hope I can see him in concert one day. He is so talented.

What’s your favorite project that you’ve done?
AB: My favorite project was working as a young Jack Antonoff of Bleachers on Conan. I got to hang out with the band and lip sync to their music for 2 days. Performing live on the show was so fun. They were great guys and gave me a guitar as a gift at the end of the day.
What do you do on your free time?
AB: In my free time I love hanging out with my friends. Going boogie boarding at the beach.  Roller skating and watching tv. It is rare that I have a free day, so when I do I like to just enjoy it as much as I can.

At what age did you start acting?
GD: I was Snoopy in my pre-school holiday performance of “It’s a Charlie Brown Christmas” at age four.  I have been in every grade level performance since then.  My parents will tell you that I have been an entertainer since I was born, but I truly began pursuing an acting career at age nine.

What’s your favorite type of dessert?
GD: I am crazy about shaved ice! While I was in LA for Episodic Season, my goal was to try as many new shaved ice shops as possible! My Instagram proves that I succeeded!

WHat’s your favorite sports team?
GD: I cannot pick one!  I am a big fan of the San Diego Chargers, Memphis Grizzlies and Boston Celtics  My family lives in Nashville, but we try to get to one or two Grizzlies games each season.  When we travel, we always  try to go to one of the local team’s games while in town!

If you were stranded on an island what three things would you bring?
GD: Fishing rod, a machete, and a fire starter – I may have watched one too many survival reality shows with my brother!

What’s your favorite project that you’ve done?
GD: I did a commercial for this election season called “Climate Inaction Figures.”  The 2017 Presidential candidates were made into toy action figures. It was cool to combine acting and playing with “super heroes!”  The artist who created and 3D printed the action figures was on set. He explained the whole process.  When we weren’t shooting, he taught my co-star and I how to fold origami and talked about comic books with us!  As for shooting that day, there were some pretty lengthy lines. They decided on set to have my co-star and I do takes of both sets of lines.  I remember being pretty proud when the director was caught off guard that I had memorized the whole script prior to the shoot!  It was a pretty cool day both professionally and just as a kid!

What do you do on your free time?
GD: I like to ride bikes and play video games. I hang with my brother and our friends. When I’m in LA, I spend as much time as possible at Universal Studios riding rides!  My family does a lot of cool stuff together like going to concerts, movies, and sporting events. We love to travel. I am a huge car enthusiast.  I enjoy learning about them, seeing them at car shows, and spotting them on the road. You can usually find me with some version of a Rubik’s cube in my hand.  I can solve a traditional cube in 60 seconds and I am working to decrease that time 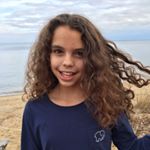 At what age did you start doing gymnastics?
Arden: I started gymnastics when I was two years old.

If you could live anywhere in the world where would it be?
Arden: I would want to live in Miami, Florida.

What do you do on your free time?
Arden: I like to do musical.ly in my free time 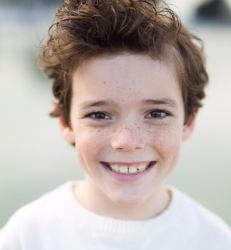 At what age did you start acting?
TPH: I started acting when I was 4 years old and seriously the last 18 months!

Where’s your favorite place to travel to?
TPH: I love all the California beaches, but especially Avila Beach.

What’s your favorite movie to watch?
TPH: I love all the super hero movies but my favorite is Iron Man!

What do you do on your free time?
TPH: When I am not in school or doing shows I love to build things with clay or Legos or really anything!